The internationally oriented Maschinenfabrik Möllers GmbH has been developing and manufacturing machines and equipment for material filling, palletizing, packaging and loading since 1952. With around 200 employees, the company based in Beckum near Münster produces high-quality filling and packaging systems as well as other customized products for customers all over the world.

Since the death of the company owner in 2009, the company has undergone increasingly tight financial conditions under changing management scenarios. After repeated losses, only shareholder loans could keep the company alive. Against this background, the Advisory Board decided in the autumn of 2020 to provide the Managing Director with a CRO with a production background. taskforce Manager Ulf Osmers was appointed to identify and make potential savings on the "cash-out" side, while the Managing Director would drive forward the sale of new equipment and spare parts on the "cash-in" side.

During an initial analysis, it was established that the greatest efficiency losses were not in direct production. On the contrary, uncoordinated project handling, non-transparent processes, systems being delivered that do not cover their own costs, and a lack of debtor management were causing massive efficiency losses. In view of the ever-worsening liquidity situation, Ulf Osmers was finally appointed Interim Sole Managing Director at the beginning of November 2020. After the "ad-hoc" establishment of an integrated financial planning system and personnel changes in the management team, it quickly became clear that the company was in acute danger of insolvency. Three scenarios were assessed in close consultation with the shareholder and the Advisory Board:

After the banks involved rejected an application for a spurious mass loan to maintain liquidity with debtor-in-possession insolvency, only the insolvency option remained in January 2021 in regular proceedings.

Working in close cooperation with the provisional insolvency administrator’s team, processes were set up in the shortest possible time to keep the day-to-day business running, and complete and deliver the equipment that had already been started. Thanks to trusting agreements with long-standing customers, a palleting and packaging system was completed in the shortest possible time during the preliminary insolvency proceedings.

All those involved were aware that a quick search for investors, that is to say a search for a purchase, had to be carried out to avoid permanent damage to the international reputation of Möllers machines. In parallel with the day-to-day business, a number of management presentations were arranged at short notice together with the insolvency administrator and an M&A consultant for the upcoming disposal process. The data room was filled, business plans and personnel concepts were drawn up, and the first indicative takeover bids were evaluated.

In view of his “neutral viewpoint”, as an experienced interim and restructuring manager, Ulf Osmers was able to convince investors that there continued to be significant market potential for the machine manufacturer's portfolio of expertise and services. It was important not to conceal the product-related, personnel and process-related shortcomings, which would have to be rectified by the purchaser during the course of the reorganization of the company.  The fact that the Creditors' Committee finally had several investors to choose from was a key success from these efforts. A committed new owner was found in the ARODO Group from Belgium, which wishes to further expand and internationalize the company’s existing business as part of a "buy-and-build strategy".

taskforce Manager Ulf Osmers is particularly pleased that production will continue at the company’s traditional Beckum site – albeit with a significantly reduced team – and that he was able to persuade the top performers to venture into a new start with Möllers. An accolade for every Interim Manager is to be offered a permanent position. However, Ulf Osmers opted to refrain from taking up the attractive offer in favor of his career as an Interim Manager. Instead, he remains available to the investor and the insolvency administrator on an interim basis until the deal is finally closed and viable structures have been established. 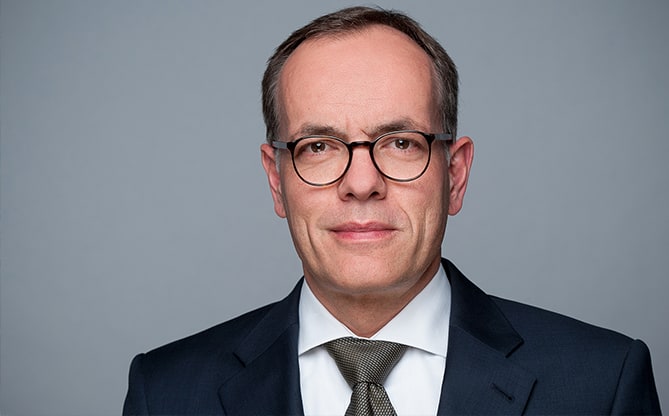